When Neng Azhanie Adzman, 27, got married in March two years ago, the first gift she received from her mother-in-law was a gold bracelet.

“Most Malay girls will have gold jewellery, that’s the norm. Also, my husband’s family from Kelantan really believes in investing in gold.

“The problem, though, is that I’m not really comfortable wearing jewellery, so I’ve never been the type to buy gold jewellery,” she says.

So when she and her husband chanced upon a leaflet promoting the gold deposit account at a local bank in June last year, they decided to go for it.

However, she recently moved her investments back to physical gold, for personal and religious reasons.

“Over the years, the value of gold has been going up. I think this is something which will be valuable for me to have in the long term,” she says.

Another investor, who only wanted to be identified as Adrian, says he had just opened a gold deposit account.

“I’ve always known you can invest in gold but in my mind, it has always been physical gold. It was only recently that my family members told me about the gold deposit account,” he says.

“I’ve only made a small investment, but it’s a start. I’ll see how things go this year before I decide whether to invest more. I am looking at gold to diversify my portfolio.”

Maybank’s Community Financial Services head Lim Hong Tat says the public’s response to its Maybank Gold Investment Account (MGIA) has been very good since it was relaunched in May 2011. (It was previously called the Gold Savings Passbook Account.)

“From the repositioning of MGIA from May 2011 till March 6 this year, the number of accounts has grown by more than 100%.

“Demand for gold investments has grown. Just over a period of 11 months, the number of accounts, as well as the investment value for MGIA, has more than doubled its size,” he says.

The MGIA allows investors to buy and sell gold at a daily price in ringgit via a passbook without the hassle of keeping physical gold.

“One of the key features is that it requires only 1g of gold to open an account. The subsequent buying and selling is also fixed at a minimum of 1g of gold.

Similarly, CIMB Bank’s Retail Financial Services head Peter England says the public’s response to the bank’s Gold Deposit Account, which starts at the ringgit equivalent of 5g of gold, has been “very encouraging”.

“Since launching the Gold Deposit Account in January last year, we have recorded a healthy average of RM25,000 investment per account. We now have close to 20,000 investors who have invested in this product,” he says.

What are the benefits of investing in gold?

“Gold is a non-yielding asset, unlike stocks which give a return in the form of dividends, or fixed deposit which earns interest. However, gold has appreciated steadily over the last 10 years and has shown good returns.,” he explains.

“The price of gold in the interbank market has appreciated over 400% over the last 10 years, giving an average return of 40% per annum.

“Over the last 10 years, gold has benefited from safe-haven demand amid the turmoil in global financial markets, the fall of the US dollar, the hike in oil price, and various geopolitical events.”

Customers, he says, frequently ask whether “paper gold” is backed by an equivalent placement in the gold market.

He assures them that all customer purchases are hedged back-to-back in the interbank gold market. 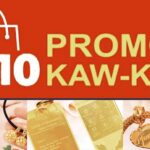 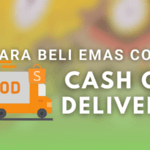